When I Was the Greatest (Paperback) 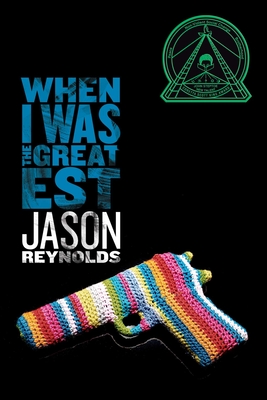 When I Was the Greatest (Paperback)


In Stock—Click for Locations
From #1 New York Times bestselling author Jason Reynolds, a “funny and rewarding” (Publishers Weekly) coming-of-age novel about friendship and loyalty across neighborhood lines and the hardship of life for an urban teen.

A lot of the stuff that gives my neighborhood a bad name, I don’t really mess with. The guns and drugs and all that, not really my thing.

Nah, not his thing. Ali’s got enough going on, between school and boxing and helping out at home. His best friend Noodles, though. Now there’s a dude looking for trouble—and, somehow, it’s always Ali around to pick up the pieces. But, hey, a guy’s gotta look out for his boys, right? Besides, it’s all small potatoes; it’s not like anyone’s getting hurt.

And then there’s Needles. Needles is Noodles’s brother. He’s got a syndrome, and gets these ticks and blurts out the wildest, craziest things. It’s cool, though: everyone on their street knows he doesn’t mean anything by it.

Yeah, it’s cool…until Ali and Noodles and Needles find themselves somewhere they never expected to be…somewhere they never should've been—where the people aren’t so friendly, and even less forgiving.
Jason Reynolds is a #1 New York Times bestselling author, a Newbery Award Honoree, a Printz Award Honoree, a two-time National Book Award finalist, a Kirkus Award winner, a Carnegie Medal winner, a two-time Walter Dean Myers Award winner, an NAACP Image Award Winner, and the recipient of multiple Coretta Scott King honors. He’s also the 2020–2022 National Ambassador for Young People’s Literature. His many books include All American Boys (cowritten with Brendan Kiely); When I Was the Greatest; The Boy in the Black Suit; Stamped; As Brave as You; For Every One; the Track series (Ghost, Patina, Sunny, and Lu); Look Both Ways; Stuntboy, in the Meantime; Ain’t Burned All the Bright; My Name Is Jason. Mine Too. (with Jason Griffin); and Long Way Down, which received a Newbery Honor, a Printz Honor, and a Coretta Scott King Honor. He lives in Washington, DC. You can find his ramblings at JasonWritesBooks.com.
*“Reynolds’s debut oozes with authenticity... The main and secondary characters are well developed; their sweetness, sassiness, and even stupidity are endearing and relatable….Reynolds is an author to watch.” – School Library Journal, Starred Review

* “Reynolds…addresses much more—race and class divisions in New York, taking ownership of one’s actions, and standing up for what’s right—without ever sounding preachy. Reynolds also upends tired stereotypes…while leaving in enough sass and grit to keep the story believable. Snappy descriptions…and a hard-won ending round out a funny and rewarding read.” –Publishers Weekly, starred review