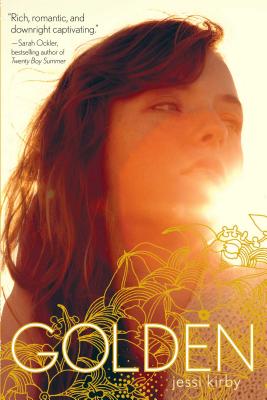 
Special Order—Subject to Availability
Love, tragedy, and mystery converge in this compelling novel that Booklist called “rich in its characterizations, deep in its reflections about teenage life, and compelling as a mystery” in a starred review.

Seventeen-year-old Parker Frost has never taken the road less traveled. Valedictorian and quintessential good girl, she’s about to graduate high school without ever having kissed her crush or broken the rules. So when fate drops a clue in her lap—one that might be the key to unraveling a town mystery—she decides to take a chance.

Julianna Farnetti and Shane Cruz are remembered as the golden couple of Summit Lakes High—perfect in every way, meant to be together forever. But Julianna’s journal tells a different story—one of doubts about Shane and a forbidden romance with an older, artistic guy. These are the secrets that were swept away with her the night that Shane’s jeep plunged into an icy river, leaving behind a grieving town and no bodies to bury.

Reading Julianna’s journal gives Parker the courage to start to really live—and it also gives her reasons to question what really happened the night of the accident. Armed with clues from the past, Parker enlists the help of her best friend, Kat, and Trevor, her longtime crush, to track down some leads. The mystery ends up taking Parker places that she never could have imagined. And she soon finds that taking the road less traveled makes all the difference.
Jessi Kirby is the author of Moonglass, which was an ABA New Voices selection in 2011; In Honor; and Golden. When she’s not writing, she works as a middle school librarian. She lives with her husband and two children in Crystal Cove, California. Visit her at JessiKirby.com.
"Golden shimmers and shines—what a treasure."
— Lisa Schroeder, author of I Heart You, You Haunt Me

"Kirby’s (In Honor) third novel is inspirational and contemplative in its mood and tone. Multifaceted characters and dashes of mystery and romance come together in a successful mediation on the value of taking an active role in one’s life."
— Publishers Weekly

"The novel is rich in its characterizations, deep in its reflections about teenage life, and compelling as a mystery."
— Booklist, starred review