When You Open Your Eyes (Paperback) 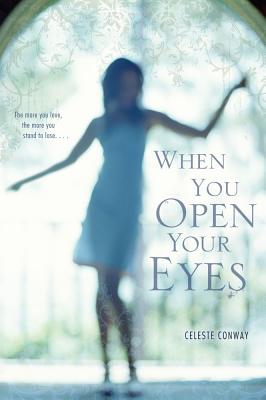 When You Open Your Eyes (Paperback)


Special Order—Subject to Availability
A consuming passion turns dangerous in this lush and lyrical novel set in Buenos Aires.

Tessa’s head over heels for Lucien, the son of a French diplomat. Sexy, artistic, and daring, he brings out a completely new side of her. With him, Tessa feels beautiful and exotic. So when Tessa’s strict father forbids her to see Lucien, she’s determined to keep their relationship a secret.

But as Tessa gets caught up in Lucien, he becomes increasingly volatile. What she once found alluring about him now feels alarming. Tessa must figure out how far she’ll go for Lucien before she risks losing not just him, but everything she loves.
Celeste Conway is a writer and artist. She currently resides in New York City.
"Thick with evocative descriptions, Conway’s story is gripping and memorable."
--Publishers Weekly, January 23, 2012

"The plot twists are enough to keep readers of edgy, realistic fiction turning pages. The real strengths, however, are Conway’s ability to suggest motive and emotion in nuanced dialogue and the portrayal of Tessa’s growing gift for articulating the ironies of the complicated people in her world. As in all good literature, the epiphany is inevitably bittersweet."
--VOYA, February 2012

"Teen girls will recognize the urgency of first love and the ways in which it can take over one’s life. This is a solid addition to the darker side of the chick-lit genre."
--SLJ, March 2012