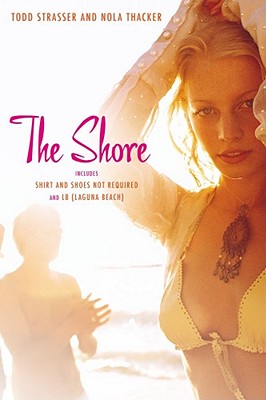 
Special Order—Subject to Availability
One group on the Jersey Shore, another in Laguna Beach. Both have the same summer-tastic setup: total strangers sharing a house. No one sleeps, no one cleans, and everybody parties. And to pay their ways, each housemate slags through crappy summer jobs while recuperating from the night before. Ah, summer shares!

In the Jersey house, cheating and misleading are the name of the game as roommates hook up and hash it out. And at Laguna Beach, surfing is just one of several popular, uh, pastimes. But some of the people in this share are keeping secrets—dangerous ones that could blow the roof off their massive house on the beach. How will these clashing personalities survive two months together? With plenty of drama to share!
Todd Strasser has written many critically acclaimed novels for adults, teenagers, and children, including the award-winning Can’t Get There from Here, Give a Boy a Gun, Boot Camp, If I Grow Up, Famous, and How I Created My Perfect Prom Date, which became the Fox feature film Drive Me Crazy. Todd lives in a suburb of New York and speaks frequently at schools. Visit him at ToddStrasser.com.

Nola Thacker is the author of nearly one hundred books for middle graders and teens, including the thrillers Secret Santa, The Ripper, Sister Dearest, Mirror, Mirror, and The Bride (all written under her pseudonym, D. E. Athkins).