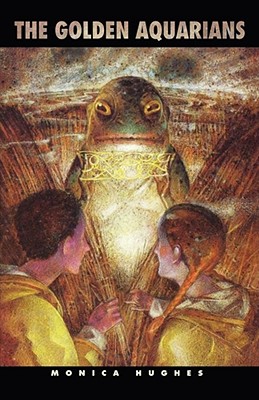 
Not On Our Shelves—Ships in 1-5 Days
When a young boy hears from his father after his disappearance to another planet, he discovers that his father’s plans for the planet Aqua pose a deadly threat to its environment and creatures.

The year is 2092, and though it has been a long time since Walt Elliot has heard from his father, he is now demanding that Walt join him on the planet Aqua.

When Walt arrives on the foreign planet, he is thrown by the discovery that his father is working on a high caliber project that threatens not only the existence of a highly intelligent native species, but the livelihood of the planet’s environment entirely.

Determined to put a stop to his father’s plan, Walt finds himself battling against his father to prevent serious environmental destruction to Aqua and its creatures.
Monica Hughes OC was an author of books for children and young adults, especially science fiction. She also wrote adventure and historical novels set in Canada, and the text for some children's picture books.