The Presidency in Black and White: My Up-Close View of Three Presidents and Race in America (Hardcover) 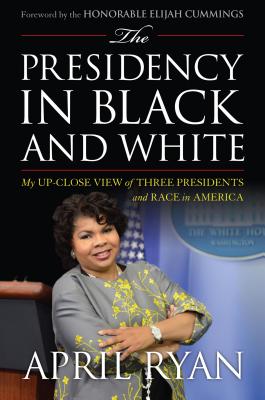 The Presidency in Black and White: My Up-Close View of Three Presidents and Race in America (Hardcover)


Special Order—Subject to Availability
2016 NAACP Image Award Nominee, Essence Top 10 books of 2015, African American Literary Show Inc. 2015 Best Non Fiction Award In The Presidency in Black and White, journalist April Ryan gives readers a compelling and personal behind-the-scenes look at race relations in contemporary America from the epicenter of American power and policy making--the White House, her beat since 1997. On behalf of the American Urban Radio Networks, and through her "Fabric of America" news blog, she delivers her readership and listeners (millions of African Americans and close to 300 radio affiliates) a "unique urban and minority perspective in news." Her position as a White House Correspondent has afforded her unique insight into the racial sensitivities, issues, and attendant political struggles of our nation's last three presidents. In Bill Clinton, Ryan saw both a savvy politician who did his best to stay above the racial fray in public, and a man privately pained from the wrongs done to African-Americans throughout our history, not unlike those with whom he'd grown up in Arkansas. In George W. Bush, a man she respected as a faithful husband and father, an unprecedented amount of backlash against what was spun and perceived as racism in his policies - particularly those surrounding his administration's horrendous handling of Hurricane Katrina - from which he never truly recovered, and by which he remained personally haunted for years. And in Barack Obama - a President expected to transcend divisions and raise us above our racial squabbling simply by taking office - a leader who, especially early in his administration, drew his own form of fire from those who noted his surprising absence from various racial issues that presented themselves on the national stage, but upon which he did not seem moved to comment, much less act. With humor, grace, and determination, April shares the highs and lows of her sometimes lonely but rewarding battle to keep questions of race relations in America on the political front burner, and in the President's ear. She has made this battle her life's work and will never stop fighting to give a voice to those members of our society who have too long been silenced.
April Ryan, a 28-year journalism veteran, has been the White House correspondent for 17 years for American Urban Radio Networks (AURN). She is also the Washington Bureau Chief. Along with daily responsibilities at the White House, Ryan hosts the daily feature, "The White House Report," which is broadcast to AURN's nearly 300 affiliated stations nationwide. She lives in Baltimore, Maryland.
For This Book...
Staff Pick