Irreducible Mind: Toward a Psychology for the 21st Century (Paperback) 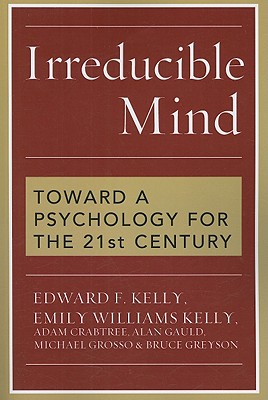 Irreducible Mind: Toward a Psychology for the 21st Century (Paperback)


Not On Our Shelves—Ships in 1-5 Days
Current mainstream opinion in psychology, neuroscience, and philosophy of mind holds that all aspects of human mind and consciousness are generated by physical processes occurring in brains. Views of this sort have dominated recent scholarly publication. The present volume, however, demonstrates empirically that this reductive materialism is not only incomplete but false. The authors systematically marshal evidence for a variety of psychological phenomena that are extremely difficult, and in some cases clearly impossible, to account for in conventional physicalist terms. Topics addressed include phenomena of extreme psychophysical influence, memory, psychological automatisms and secondary personality, near-death experiences and allied phenomena, genius-level creativity, and 'mystical' states of consciousness both spontaneous and drug-induced. The authors further show that these rogue phenomena are more readily accommodated by an alternative 'transmission' or 'filter' theory of mind/brain relations advanced over a century ago by a largely forgotten genius, F. W. H. Myers, and developed further by his friend and colleague William James. This theory, moreover, ratifies the commonsense conception of human beings as causally effective conscious agents, and is fully compatible with leading-edge physics and neuroscience. The book should command the attention of all open-minded persons concerned with the still-unsolved mysteries of the mind.
Edward F. Kelly is currently research professor in the Department of Psychiatric Medicine at the University of Virginia. He is author of Computer Recognition of English Word Senses and Altered States of Consciousness and Psi: An Historical Survey and Research Prospectus. His central long term interests revolve around mind-brain relations and functional neuroimaging studies of unusual states of consciousness and associated cognitive phenomena. Emily Williams Kelly is currently research assistant professor in the Department of Psychiatric Medicine at the University of Virginia. Adam Crabtree is currently on the faculty of the Centre for Training in Psychotherapy, Toronto. Alan Gauld is a retired reader in psychology, School of Psychology, University of Nottingham, as well as past president of the Society for Psychical Research. Bruce Greyson is the Chester F. Carlson Professor of Psychiatry and director of the Division of Perceptual Studies at the University of Virginia. Michael Grosso, though nominally retired, is currently teaching at the University of Virginia's School of Continuing Education. He is currently a director of the American Philosophical Practitioner's Association and Review Editor of the Journal of Philosophical Practice.