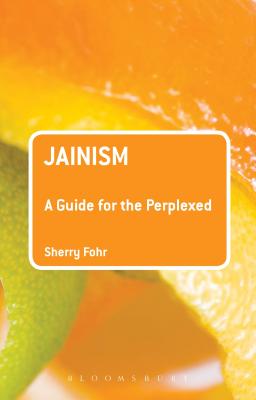 Jainism is arguably the most non-violent and austere religion in the world. While lay Jains attempt to never harm humans or animals, the strict non-violence followed by the highly revered monks and nuns also proscribes harm to any living being, even a microscopic organism. And while laywomen (and a few laymen) undergo long and difficult fasts, the longest being for one month, renouncers' austerities also include pulling their hair out by the roots two to five times a year, walking bare-foot throughout India most of the year, and, in the case of some monks, not wearing any clothing at all.

Jainism: A Guide for the Perplexed is a clear and thorough account of this fascinating tradition, explaining many basic Jain values, beliefs and practices in the same way they are taught to Jains themselves, through the medium of sacred narratives. Drawing from Jainism's copious and influential narrative tradition, the author explores the inner-logic of how renouncers' and laypeople's values and practices depend on an intricate Jain worldview.
Sherry Fohr is Associate Professor of Religion and Co-Director of Women's Studies, Converse College, South Carolina, USA.