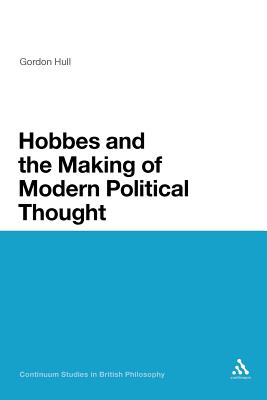 Hobbes and the Making of Modern Political Thought considers what it is that makes the study of Hobbes so compelling. Gordon Hull reads Hobbes as the first 'modern' political philosopher. In Hobbes we find the combination of an anomalous and anachronistic view of geometry and a radical, almost post-modern understanding of language. After situation Hobbes against the late scholastic and Machiavellian traditions against which he wrote, the book studies Hobbes's neglected writings on mathematics and language. That analysis then motivates a rereading of his famous pronouncements about the state of nature and the absolutist state that is supposed to be its remedy.

The book concludes by showing the relevance of Hobbes to contemporary debates around the radically democratic potential of the 'multitude'. Hobbesian thought is the opposition point in these debates; what emerges here is that Hobbes is very much still with us. As a theorist who is interested in managing and channelling the productive energies of the population, Hobbes emerges as the first theorist of what we now call biopolitics.
Gordon Hull is Assistant Professor of Philosophy at the University of North Carolina at Charlotte, USA.