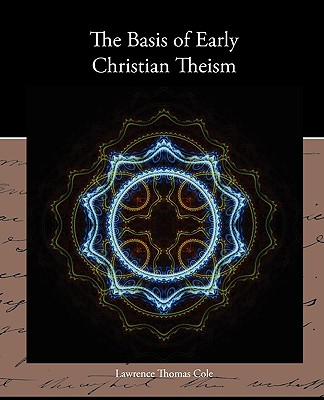 
Not On Our Shelves—Ships in 1-5 Days
(This book cannot be returned.)
In 1898 Lawrence Cole submitted The Basis of Early Christian Theism as partial fulfillment for the requirements for a PhD in Philosophy at Columbia University. Theism is a doctrine concerning the nature of God and his relationship to the universe. God is seen as personal and active in the organization of the Universe. Cole begins by saying, "In accounts of the theistic argument, as in the history of philosophy in general, it has been customary to pass over a space of well-nigh ten centuries of the Christian era in silence, or with such scanty and unsympathetic notice as to make silence the better alternative. Largely through the influence of such treatment as this, we moderns have almost forgotten at times that during this period there lived men inferior to none in history in endowments of mind and influence on succeeding generations, and that there then took place some of the most significant and far-reaching intellectual conflicts in the history of thought.