The Illusion of Will, Self, and Time: William James's Reluctant Guide to Enlightenment (Hardcover) 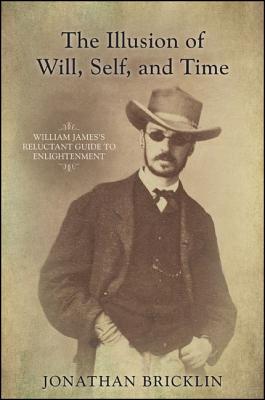 The Illusion of Will, Self, and Time: William James's Reluctant Guide to Enlightenment (Hardcover)


Special Order—Subject to Availability
A Seminary Co-op Notable Book of 2016 William James is often considered a scientist compromised by his advocacy of mysticism and parapsychology. Jonathan Bricklin argues James can also be viewed as a mystic compromised by his commitment to common sense. James wanted to believe in will, self, and time, but his deepest insights suggested otherwise. "Is consciousness already there waiting to be uncovered and is it a veridical revelation of reality?" James asked shortly before his death in 1910. A century after his death, research from neuroscience, physics, psychology, and parapsychology is making the case, both theoretically and experimentally, that answers James's question in the affirmative. By separating what James passionately wanted to believe, based on common sense, from what his insights and researches led him to believe, Bricklin shows how James himself laid the groundwork for this more challenging view of existence. The non-reality of will, self, and time is consistent with James's psychology of volition, his epistemology of self, and his belief that Newtonian, objective, even-flowing time does not exist.
Jonathan Bricklin is a Program Director at the New York Open Center and the editor of Sciousness.