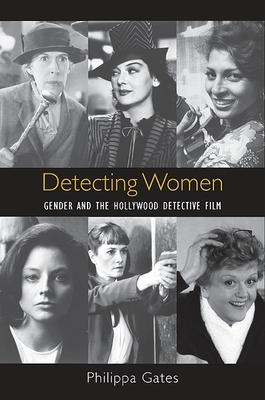 In this extensive and authoritative study of over 300 films, Philippa Gates explores the woman detective figure from her pre-cinematic origins in nineteenth century detective fiction through her many incarnations throughout the history of Hollywood cinema. Through the lens of theories of gender, genre, and stardom and engaging with the critical concepts of performativity, masquerade, and feminism, Detecting Women analyzes constructions of the female investigator in the detective genre and focuses on the evolution of her representation from 1929 to today. While a popular assumption is that images of women have become increasingly positive over this period, Gates argues that the most progressive and feminist models of the female detective exist in mainstream film's more peripheral products such as 1930's B-picture and 1970's Blaxploitation films. Offering revisions and new insights into peripheral forms of mainstream film, Gates explores this space that allows a fantasy of resolution of social anxieties about crime and, more interestingly, gender, in the 20th and early 21st centuries. The author's innovative, engaging, and capacious approach to this important figure within feminist film history breaks new ground in the field of gender and film studies.
Philippa Gates is Associate Professor of Film Studies at Wilfrid Laurier University, Ontario. She is the author of Detecting Men: Masculinity and the Hollywood Detective Film, also published by SUNY Press, and coeditor (with Stacy Gillis) of The Devil Himself: Villainy in Detective Fiction and Film.