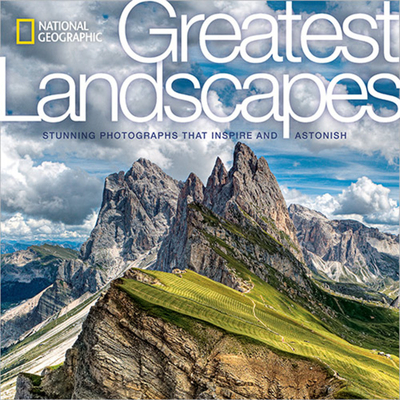 
Special Order—Subject to Availability
Best known for his exploration photography, GEORGE STEINMETZ has been a regular contributor to National Geographic and GEO magazines since 1986. He has won numerous awards for photography during his 25-year career, including two first prizes in science and technology from World Press Photo. He has also won awards and citations from Pictures of the Year, Overseas Press Club and Life magazine’s Alfred Eisenstaedt Awards, and was named National Geographic’s Adventurer of the Year in 2008. Born in Beverly Hills in 1957, Steinmetz graduated from Stanford University with a degree in Geophysics. He began his career in photography after hitchhiking through Africa for 28 months. His current passion is photographing the world’s deserts while piloting a motorized paraglider. This experimental aircraft enables him to capture unique images of the world, inaccessible by traditional aircraft and most other modes of transportation. He lives in Glen Ridge, New Jersey, with his wife, Wall Street Journal editor Lisa Bannon, their daughter, Nell, and twin sons John and Nicholas.