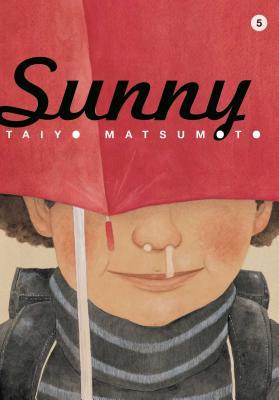 This is book number 5 in the Sunny series.

A story of childhood longing and dreams as only Eisner Award winner Taiyo Matsumoto (Tekkonkinkreet) could tell it.

Sunny is the story of beating the odds, in the ways that count. It’s the brand-new masterwork from Eisner Award-winner Taiyo Matsumoto, one of Japan’s most innovative and acclaimed manga artists.

The fifth installment of this poignant series focused on the young lives of a group of foster children displays the breathtaking peaks and troubled flatlands of their imaginations.
Taiyo Matsumoto is best known to English-reading audiences as the creator of Tekkonkinkreet, which in 2006 was made into an animated feature film of the same name, directed by Michael Arias. In 2007, Matsumoto was awarded a Japan Media Arts Festival Excellence Award, and in 2008 he won an Eisner Award for the English publication of Tekkonkinkreet.