History, Man, and Reason: A Study in Nineteenth-Century Thought (Paperback) 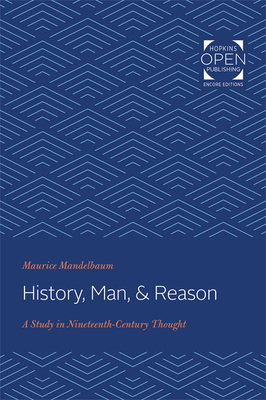 History, Man, and Reason: A Study in Nineteenth-Century Thought (Paperback)

Originally published in 1971. The purpose of this book is to draw attention to important aspects of thought in the nineteenth century. While its central concerns lie within the philosophic tradition, materials drawn from the social sciences and elsewhere provide important illustrations of the intellectual movements that the author attempts to trace. This book aims at examining philosophic modes of thought as well as sifting presuppositions held in common by a diverse group of thinkers whose antecedents and whose intentions often had little in common. After a preliminary tracing of the main strands of continuity within philosophy itself, the author concentrates on how, out of diverse and disparate sources, certain common beliefs and attitudes regarding history, man, and reason came to pervade a great deal of nineteenth-century thought. Geographically, this book focuses on English, French, and German thought. Mandelbaum believes that views regarding history and man and reason pose problems for philosophy, and he offers critical discussions of some of those problems at the conclusions of parts 2, 3, and 4.

Maurice Mandelbaum was a professor of philosophy at Johns Hopkins University and Dartmouth College. His work focused on phenomenology, epistemology, and intellectual history.