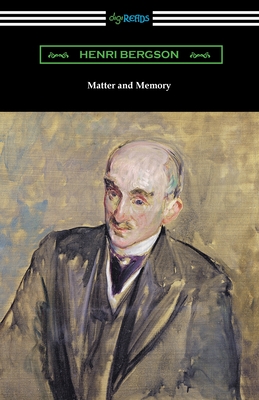 French philosopher Henri Bergson produced four major works in his lifetime, the second of which, "Matter and Memory", is a philosophical and complex nineteenth century exploration of human nature and the spirituality of memory. In this work, Bergson investigates the function of the brain, and opposes the idea of memory being of a material nature, lodged within a particular part of the nervous system. He makes a claim early in this essay that matter and memory are dualistic, leading to a careful consideration of the problems in the relation of body and mind. His theories on sense, dualism, pure perception, concept of virtuality, and famous image of the memory cone often make Bergson's essay a confusing and challenging existentialist work. However, the years of research and extensive pathological investigations spent in preparation for this and other essays have gained Bergson great distinction as a brilliant, though unjustly neglected, theorist and philosopher. This edition is printed on premium acid-free paper and follows the translation of Nancy Margaret Paul and W. Scott Palmer.