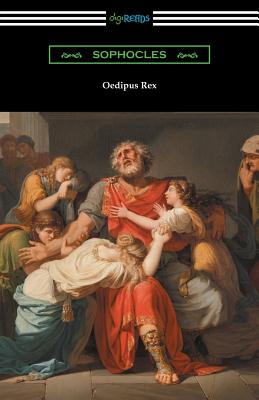 
Not On Our Shelves—Ships in 1-5 Days
(This book cannot be returned.)
The second Theban play written by Sophocles, "Oedipus Rex," or "Oedipus the King," is the drama which chronologically begins the Oedipus cycle. After Laius, King of Thebes, learns from an oracle that he is doomed to perish by the hand of his own son, he binds the feet of his newborn child and orders his wife Jocasta to kill the infant. Unable to kill her own child, Jocasta entrusts a servant with the task instead, who takes the baby to a mountaintop to die of exposure. A passing shepherd rescues the baby and names it Oedipus, or "swollen feet", taking it with him to Corinth where it is raised by the childless King Polybus as if it were his own. When Oedipus hears a rumor that he is not the biological son of Polybus, he seeks the counsel of the Oracle of Delphi who relates to him the prophecy of patricide. Still believing that Polybus is his father he flees Corinth thus initiating a series of events that would fulfill that which the oracle has prophesied. "Oedipus Rex," along with its Theban counterparts, "Oedipus at Colonus," and "Antigone," established Sophocles as one of the most renowned dramatists of his era. This edition follows the translation of E. H. Plumptre, includes an introduction by John Williams White, and is printed on premium acid-free paper.