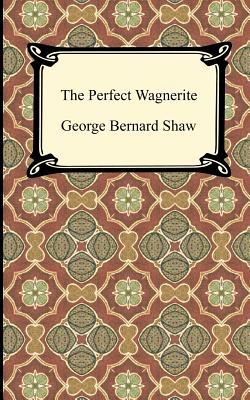 
Not On Our Shelves—Ships in 1-5 Days
(This book cannot be returned.)
G. B. Shaw (1856-1950) wrote "The Perfect Wagnerite" as a philosophical examination of Richard Wagner's epic four-opera cycle, "Der Ring des Nibelungen" ("The Ring of the Nibelung"). A tremendously accomplished dramatist himself, Shaw seemed perfectly poised to turn his critical eye on Wagner's 19th century masterpiece. Wagner completed "The Ring" in 1853, after decades of effort. A work of such ambition takes much unpacking, and so Shaw offers us his critique. In his preface, Shaw writes, "All I pretend to do in this book is to impart the ideas which are most likely to be lacking in the conventional Englishman's equipment... I venture to add my commentary to what has already been written by musicians who are no revolutionists, and revolutionists who are no musicians". And economic revolution is precisely what G. B. Shaw sees in this opera. Wagner wrote "The Ring" as a young political radical, steeped in the anarchist ideology of his day. Shaw views the opera as a critique of capitalism and industrial revolution. His Marxist reading is not surprising-he was a leading Socialist figure of his time, helping to propel the fledgling Fabian Society into public awareness. Shaw does a great deal here to further the "cult of Wagner" that remains strong today. Entertaining as it is compelling, "The Perfect Wagnerite" stands as a principle commentary on one of opera's most daring compositions.