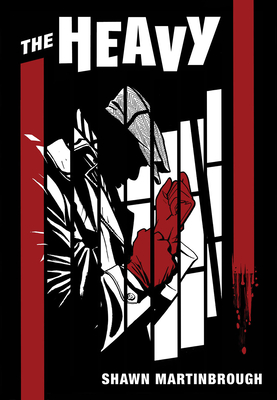 
Not Yet Published—Pre-Order Now
In this neo-noir thriller, an aging debt collector confronts ghosts from his past

In The Heavy, writer-illustrator Shawn Martinbrough tells the hard-hitting story of Charles “Dukes” Duchamps, a New York-based debt collector with a love for jazz and a loss that has haunted him for years. Each week, Dukes makes his rounds collecting money for Basil-Leon Panassie, an eccentric club owner with criminal ties in New York and abroad.
When Basil announces a change in business and a night’s worth of collections goes missing, Dukes becomes entangled with a vicious former colleague who escapes to Paris. Although the City of Light holds dark memories for him, Dukes has never let a debt go uncollected, and in order to set things right, he must face his fears and retrieve what has been taken.
The Heavy is an original, contemporary noir themed graphic novel about rivals, revenge and redemption.