Asian Waters: The Struggle Over the Indo-Pacific and the Challenge to American Power (Paperback) 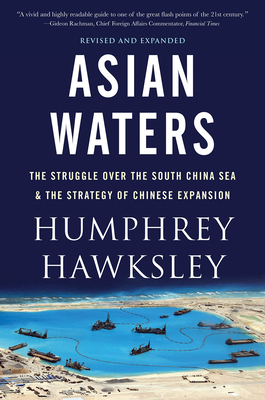 Asian Waters: The Struggle Over the Indo-Pacific and the Challenge to American Power (Paperback)

The fractious relationship between China and the United States will be a central issue for the coming decades, and no region is as hotly contested as Asia, a region now referred to as the Indo-Pacific. At its heart is an intensifying rivalry between the autocratic and democratic systems of government and, at stake, is the survival of the current rules-based world order led by the US.

Asia is now pivotal to all our futures, and it is a continent like no other, home to 4.5 billion people, an economic powerhouse where no language, religion or system of government prevails. China is becoming Enemy Number One in the United States and its expansion is touching on flash points with India, Japan, Hong Kong, Taiwan, the Korean Peninsula, the South China Sea and much in between.

In this new and expanded edition of Asian Waters, award-winning BBC journalist and Asia specialist Humphrey Hawksley joins dots to take readers on a compelling journey far beyond the rhetoric and headlines, breaking down tensions that he has followed throughout this vast and volatile region for years. Asian Waters has been praised for its vivid storytelling, concise history, pointed arguments, and clear analysis by a journalist who has sailed its waters, trekked its paths, reported its conflicts, and asked compelling questions to all he meets along the way.

Humphrey Hawksley is an award-winning BBC correspondent and the author of numerous titles on global politics, foreign policy, and democracy. He has written for the Guardian, the Times, Financial Times, and other publications.