In the Ballroom with the Candlestick: A Clue Mystery, Book Three (Hardcover) 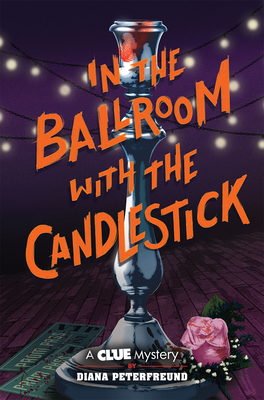 In the Ballroom with the Candlestick: A Clue Mystery, Book Three (Hardcover)


Not On Our Shelves—Ships in 1-5 Days
Diana Peterfreund is the author of 13 books for adults, teens, and children, including the Secret Society Girl series, the Killer Unicorn series, For Darkness Shows the Stars, and Omega City. Her books have received starred reviews from Booklist,School Library Journal, and VOYA, and her books have been named in Amazon’s Best Books of the Year. She lives outside Washington, DC, with her family.
"This affectionate homage to CLUE ends with a nod to the board-game–inspired 1985 film. . .Nostalgia-tinged but thoroughly contemporary, this social satire sparkles with wicked humor."
— Kirkus Reviews