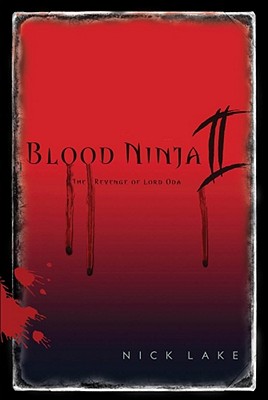 
Special Order—Subject to Availability
Now that the vile Lord Oda is dead, Taro and his friends are safe in the mountain lair of the ninjas. Or so they think. When a homing pigeon arrives with news of Taro's mother's whereabouts, Taro sets out for the Tendai monastery - without stopping to consider why the pigeon, which was given to his mother months ago, took so long to arrive.

Soon, Taro, Hana and Hiro find themselves in a trap, as strange new creatures invade their lives and familiar enemies surround them – and the most deadly enemy of all is their old friend Yukiko. In the end, despite his vampire abilities, Taro is helpless to prevent the death of his mother. Furious and grief stricken, haunted by her mute and beseeching ghost, he determines to recover the object which Lord Oda was so desperate to procure before he died: the Buddha Ball, source of limitless power.

There are just two problems: first, Lord Oda is not dead. And second, the Buddha Ball is not where Taro thought. If Taro is to fulfill his destiny, he must face his arch enemy on an equal battlefield - for Lord Oda is a vampire now too. And then, to make peace with his mother, and recover the Buddha ball, Taro must go to hell and back...
Nick Lake is a children’s book editor at Harper UK. He received his degree in English from Oxford University. His Blood Ninja trilogy was inspired by his interest in the Far East, and by the fact that he is secretly a vampire ninja himself. Nick lives with his wife and daughter in England. Visit him on Twitter @NickLakeAuthor.

“The night has a new hero.”—Darren Shan, author of the Cirque Du Freak series

"Fans of Blood Ninja (2009) no doubt loved the plentiful gore, swordplay, light romance, and the premise


that all ninjas are vampires. This sequel . . . adds even more twists, turns, and travels."