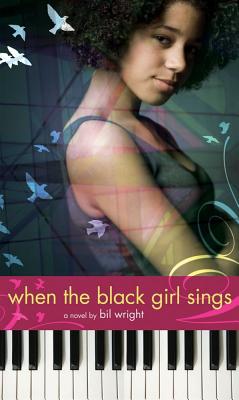 
Special Order—Subject to Availability
In this moving young adult novel, acclaimed author Bil Wright tells the story of one girl’s search to find a home where she truly belongs.

Lahni Schuler is the only black student at her private prep school. She’s also the adopted child of two loving, but white, parents who are on the road to divorce. Struggling to comfort her mother and angry with her dad, Lahni feels more and more alone. But when Lahni and her mother attend a local church one Sunday, Lahni hears the amazing gospel choir, and her life takes an unexpected turn.

It so happens that one of Lahni’s teachers, Mr. Faringhelli, has nominated her for a talent competition, and she is expected to perform a song in front of the whole school. Lahni decides to join the church choir to help her become a better singer. But what starts out as a way to practice singing becomes a place of belonging and a means for Lahni to discover her own identity.
Bil Wright is an award-winning novelist and playwright. His novels include Putting Makeup on the Fat Boy (Lambda Literary Award and American Library Association Stonewall Book Award), the highly acclaimed When the Black Girl Sings (Junior Library Guild selection), and the critically acclaimed Sunday You Learn How to Box. His plays include Bloodsummer Rituals, based on the life of poet Audre Lorde (Jerome Fellowship), and Leave Me a Message (San Diego Human Rights Festival premiere). He is the Librettist for This One Girl’s Story (GLAAD nominee) and the winner of a LAMI (La Mama Playwriting Award). An associate professor of English at CUNY, Bil Wright lives in New York City. Visit him at BilWright.com.

"Readers will enjoy the distinctive characters, lively dialogue, and palette of adolescent and racial insecurities in this contemporary, upbeat story."--School Library Journal

"Without sugarcoating anything, Wright easily juggles the many issues found in the book with wit, compassion and humor. The writing is clear, succinct, and never condescending. The main characters are shown as multifaceted people with strengths and weaknesses effectively adding to the authenticity of the book."--VOYA

"Lahni's clear, first-person narrative is so authentic, expressing Lahni's identity conflicts even as tension mounts to an exciting climax."--Booklist