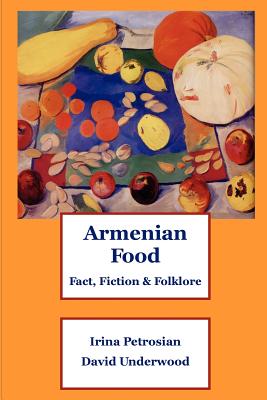 
Not On Our Shelves—Ships in 1-5 Days
(This book cannot be returned.)
Food is a portal to Armenia's past and present-day culture. This culinary journey across the land called Hayastan presents the rich history, wondrous legends, and fact-filled stories of Armenian cuisine. Authors Irina Petrosian and David Underwood take readers on a memorable tour of Armenia by way of the kitchen. What ancient Armenian fable warned against genetically-altered food? What little-known Armenian fruit may have helped Noah on the ark? What was the diet of David of Sassoun, the legendary Armenian Hercules? What was the influence of the Soviet Union on the food ways of Armenia? What strange and exotic fruits and herbs are sold in Armenia's markets? Why do Armenians go to cemeteries to "feed" the dead? What role did coffee play in Armenian marriage rituals? If you are curious about one of the world's most ancient cultures, or are contemplating a trip to Armenia, don't miss the chance to read this book.