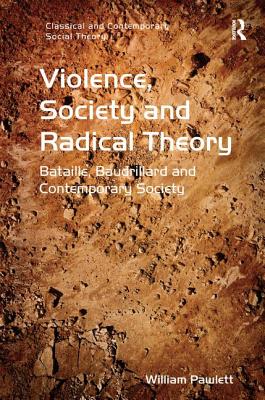 
Not On Our Shelves—Ships in 1-5 Days
(This book cannot be returned.)
Shedding light on the relationship between violence and contemporary society, this volume explores the distinctive but little-known theories of violence in the work of Georges Bataille and Jean Baudrillard, applying these to a range of violent events - events often labelled 'inexplicable' - in order to show how even the most extreme of acts can be seen as socially meaningful. The book offers an understanding of violence as fundamental to social relations and social organisation, departing from studies that focus on individual offenders and their psychological states to concentrate instead on the symbolic relations or exchanges between agents and between agents and the structures they find themselves inhabiting. Developing the notion of symbolic economies of violence to emphasise the volatility and ambivalence of social exchanges, Violence, Society and Radical Theory reveals the importance to our understanding of violence, of the relationship between the structural or systemic violence of consumer capitalist society and forms of 'counter-violence' which attack this system. A theoretically rich yet grounded expansion of that which can be considered meaningful or thinkable within sociological theory, this ground-breaking book will appeal to scholars and students of social and political theory and contemporary philosophy.
William Pawlett is Senior Lecturer in the School of Law, Social Sciences and Communication at the University of Wolverhampton, UK. He is author of Georges Bataille: The Sacred and Society (forthcoming), and Jean Baudrillard: Against Banality.