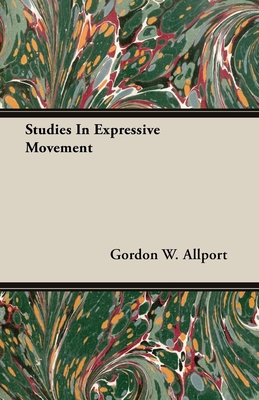 
Not On Our Shelves—Ships in 1-5 Days
(This book cannot be returned.)
Investigations of personality may be focused upon any one of three different levels of phenomena. The first is the level of traits, interests, attitudes, or sentiments considered as composing an "inner" personality; the second is the level of behaviour and expression; the third is the level of impression, the perception and interpretation of behaviour by another. Since a discovery on one of these levels establishes a presumption that the phenomenon in question has some counterpart on the other levels, a problem which is elusive on one plane may often be more expediently attacked on another. This is the motive and the plan behind the present study. Instead of approaching the difficult problem of consistency or organization in personality through a study of "inner" dispositions-which, of course, can only be known indirectly through tests and scales, -we have chosen to refer the problem to the level of expressive movement and there to examine it in a more direct fashion.