The Great War and Modern Memory: The Illustrated Edition (Hardcover) 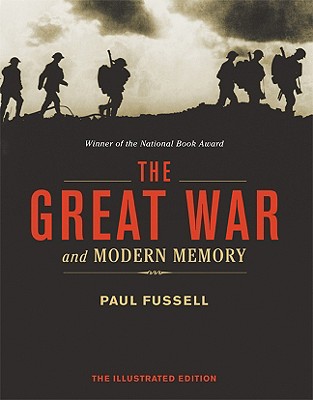 The Great War and Modern Memory: The Illustrated Edition (Hardcover)

Paul Fussell’s award-winning landmark study of World War I, originally published in 1975, remains as original and gripping today as ever—but now, for the first time, his literary and illuminating account comes in a beautifully illustrated edition.

World War I changed a generation, ushered in the modern era, and revolutionized how we see the world. By drawing from a variety of primary sources—including personal correspondence, newspapers, and literary works—Fussell brings the period alive. Not only does he give us a more profound understanding of what the Great War meant to the people who lived through it, he also analyzes our modern perception of its impact.

The wide selection of rare and fascinating images (approximately 160 of them) includes photographs, illustrations, and maps from period books, magazines, newspapers, advertisements, and other publications. Not only do they heighten the impact of Fussell’s remarkable critical interpretation, they help us fully grasp the true scope of this aptly named and catastrophic war.