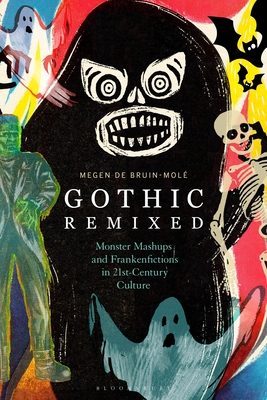 
Not On Our Shelves—Ships in 1-5 Days
The bestselling genre of Frankenfiction sees classic literature turned into commercial narratives invaded by zombies, vampires, werewolves, and other fantastical monsters. Too engaged with tradition for some and not traditional enough for others, these 'monster mashups' are often criticized as a sign of the artistic and moral degeneration of contemporary culture. These hybrid creations are the 'monsters' of our age, lurking at the limits of responsible consumption and acceptable appropriation.

This book explores the boundaries and connections between contemporary remix and related modes, including adaptation, parody, the Gothic, Romanticism, and postmodernism. Taking a multimedia approach, case studies range from novels like Pride and Prejudice and Zombies and The Extraordinary Adventures of the Athena Club series, to television programmes such as Penny Dreadful, to popular visual artworks like Kevin J. Weir's Flux Machine GIFs. Megen de Bruin-Mol uses these monstrous and liminal works to show how the thrill of transgression has been contained within safe and familiar formats, resulting in the mashups that dominate Western popular culture.