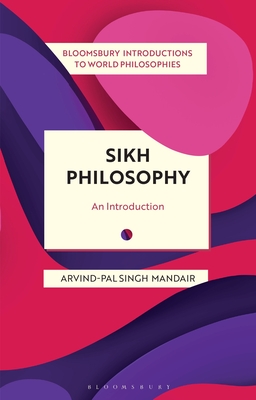 Sikhism, one of the major spiritual-philosophical traditions of India, is often missing from discussions of cross-cultural philosophy. In this introduction, Arvind-Pal Singh Mandair, an internationally acknowledged expert in Sikh studies, provides the first rigorous engagement in the West with Sikh philosophy.

Sensitive both to the historical formation of Sikh thought, and to the decolonial context in which he writes, Mandair examines some of the key concepts of Sikh philosophy and how they inform its vision of life. He asks what Sikh philosophical concepts tell us about the nature of reality, the relationship between mind/self/ego, and whether it is possible to discern broad contours of a Sikh logic, epistemology and ontology. Additionally, the book looks at how these concepts address broader themes such as the body, health and well-being, creation and cosmology, death and rebirth, the nature of action and intention, bioethics and, a theme that undergirds every chapter, spirituality. Each chapter concludes with a set of bullet points highlighting the key concepts discussed, a set of questions for further discussion and teachings points to aid discussion. Through this much-needed introduction we understand the place of Sikh Philosophy within modern Sikh studies and why the philosophical quest became marginalized in contemporary Sikh studies. Most importantly, we recognize the importance of looking beyond the well-trodden terrain of Hindu and Buddhist thinkers and involving Sikh philosophical thought in the emergent field of world philosophies.
Arvind-Pal S. Mandair is Professor in the Department of Asian Languages and Cultures at the University of Michigan, USA. He holds the Tara Singh, Balwant Kaur Chattha, Gurbax Singh and Kirpal Kaur Brar Professorship in Sikh Studies. He is a founding editor of the journal Sikh Formations: Religion, Culture and Theory.