An Introduction to Historical Comparison (Paperback) 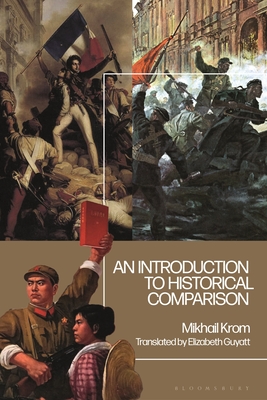 An Introduction to Historical Comparison (Paperback)

Historical comparison as a method of historical analysis goes back to Herodotus in antiquity, yet it was not until the 1920s through the work of historian Marc Bloch that it was recognised as a solid historical method. Even today, some historians are wary of applying a comparative lens to their work. Why is this, Mikhail Krom asks, when historical comparison can be an incredibly insightful approach to history?

Designed as a helpful resource for historians, An Introduction to Historical Comparison aims to teach scholars how to develop the skills needed to successfully employ a comparative methodology. It begins by tracing the intellectual history of comparative history writing and then examines the practice of historical comparison. The result is a clear and engaging analysis of historical thinking and a useful guide to main methodological techniques, successes, and pitfalls of comparative research. An Introduction to Historical Comparison is the first comprehensive study of the theory and practice of comparative-historical research. Combining a wide range of case-studies from the best practitioners of historical comparison with an innovative interdisciplinary perspective, this book is thus a meaningful contribution to current debates on historiography. As such, this resource will be of immense value to both students reading historiography and methodology and to historians looking to apply a comparative approach to their own research.
Mikhail Krom is Professor of Comparative Studies in History at European University at St. Petersburg, Russia. He is the author of Historical Anthropology (2010) and The Widowed Tsardom: The Political Crisis in Russia in the 1530s and the 1540s (2010). He is also the editor of History and Anthropology: Interdisciplinary Studies at the Turn of the 21st Century (co-edited with David Sabean and Gadi Algazi, 2006) and The Routledge Handbook of Maritime Trade Around Europe 1300-1600 (co-edited with Wim Blockmans and Justyna Wubs-Mroziewicz, 2017). Elizabeth Guyatt has translated from Russian since living and working in Moscow in the 1990s. She chaired the Translating Division of the Chartered Institute of Linguists from 2016-2018.