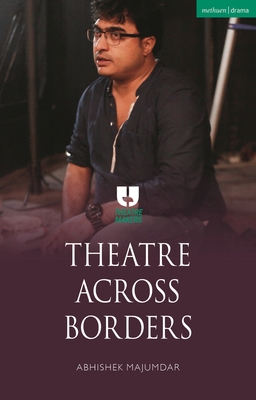 Is there a fundamental connection between New York's Elevator Repair Service's 9-hour production of The Great Gatsby and a Kathakali performance?

How can we come to appreciate the slowness of Kabuki theatre as much as the pace of the Whatsapp theatre of post-Arab Spring Turkey? Can we go beyond our own culture's contemporary definition of a 'good play' and think about the theatre in a deep and pluralistic manner? Drawing on his extensive experience working with theatre artists, students and thinkers across the globe - up to and including an hour-long audience with the Dalai Lama - playwright Abhishek Majumdar considers why we make theatre and how we see it in different parts of the world. His own work has taken him from theatre in Japan to dance companies in the Phillippines, writers in Lebanon and Palestine, theatre groups in Burkina Faso, war-torn areas like Kashmir and North Eastern India, and to China and Tibet, Argentina and Mexico. Via a far-reaching and provocative collection of essays that is informed by this wealth of experience, Majumdar explores:
- how different cultures conceive theatre and how the norm of one place is the experiment of another;
- the ways in which theatre across the world mirrors its socio political and philosophical climate;
- how, for thousands of years, theatre has been a tool to both disrupt and to heal;
- and how, even within the many differences, there are universals from which we can all learn and how theatre does cross borders Of interest to theatre makers everywhere - be they writers, actors, directors or designers - this book offers an oversight, as well as interrogation, into the place of theatre in the world today.
Abhishek Majumdar is a Delhi-born playwright, theatre director, teacher and actor based out of Bangalore. His plays have won the Hindu Metro Plus Playwright's award and the Toto Funds the Arts award and have been produced internationally. He was part of the International Playwright's residency at the Royal Court Theatre, London, 2011 with his play The Djinns of Eidgah. Rizwaan, his play in English and Urdu was part of the selection for the first festival of contemporary Indian theatre in Paris. His plays have notoriously caused controversy - The Djinns of Eidgah being halted by authorities in Jaipur and his play Pah-La temporarily halted by the Royal Court Theatre in London. Currently, he is the artistic director of the IndianEnsemble Bangalore and also works with the HeadStart Children's Repertory. He is a member of the Young Vic Directors' Network, London, and the Lincoln Center Director's Lab, New York, 2012. One of his works a director, Gasha (Hindi/Urdu/ Kashmiri), won the Best Play award at the META awards in New Delhi 2013. He teaches on the Playwriting course at NYU Abu Dhabi.