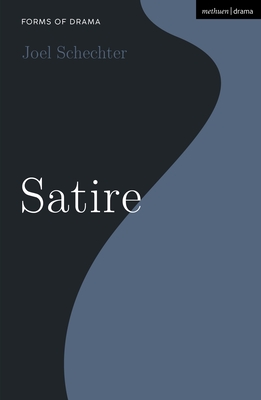 Satire reconsiders the entertainment, political dissent and comic social commentary created by innovative writers and directors since this theatrical form took the stage in ancient Athens. From Aristophanes to the 18th-century plays of John Gay and Henry Fielding, to the creations of Joan Littlewood, Bertolt Brecht, Vsevolod Meyerhold, Erika Mann, Brendan Behan and Dario Fo, practitioners of theatrical satire have prompted audiences to laugh at corruption, greed, injustice and abusive authority.

In the theatre these artists jested at prominent citizens, scandals and fashions. In retrospect it can be seen that their topical references, allegories and impersonations also promoted intervention in public discourse and events outside the theatre, as satire extended its reach beyond the stage into society. Satire focuses on three exemplary satiric plays: The Knights by Aristophanes, The Beggar's Opera by John Gay and The Hostage by Brendan Behan under Joan Littlewood's direction. Detailed discussion of these three innovative works reveals both changes and continuities in stage satire over the course of its long, hilarious history. The survey concludes with a discussion of stage satire as an endangered art in need of preservation by actors, directors and theatre historians.
Joel Schechter is Professor Emeritus of Theatre and Dance at San Francisco State University, USA. He is the author of Durov's Pig: Clowns, Politics and Theatre; The Pickle Clowns; Satiric Impersonations from Aristophanes to the Guerrilla Girls; Messiahs of 1933; Eighteenth-Century Brechtians: Theatrical Satire in the Ages of Walpole and he is the editor of Popular Theatre: A Sourcebook.