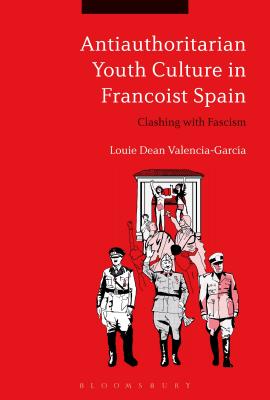 How did kids, hippies and punks challenge a fascist dictatorship and imagine an impossible dream of an inclusive future? This book explores the role of youth in shaping a democratic Spain, focusing on their urban performances of dissent, their consumption of censored literature, political-literary magazines and comic books and their involvement in a newly developed underground scene.

After forty years of dictatorship, Madrid became the centre of both a young democracy and a vibrant artistic scene by the early 1980s. Louie Dean Valencia-Garc a skillfully examines how young Spaniards occupied public plazas, subverted Spanish cultural norms and undermined the authoritarian state by participating in a postmodern punk subculture that eventually grew into the 'Movida Madrile a'. In doing so, he exposes how this antiauthoritarian youth culture reflected a mixture of sexual liberation, a rejection of the ideological indoctrination of the dictatorship, a reinvention of native Iberian pluralistic traditions and a burgeoning global youth culture that connected the USA, Britain, France and Spain. By analyzing young people's everyday acts of resistance, Antiauthoritarian Youth Culture in Francoist Spain offers a fascinating account of Madrid's youth and their role in the transition to the modern Spanish democracy.