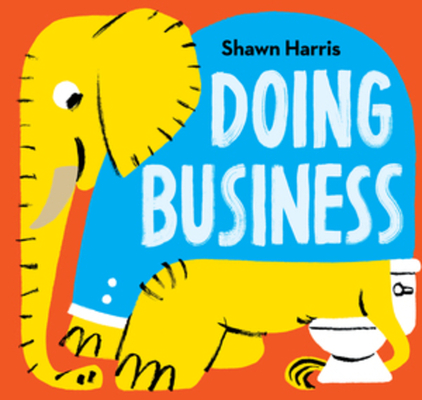 Someone has done business where they’re not supposed to. But who was it?

Suspense builds as suspects are rhythmically, methodically eliminated. We know it wasn’t the baby (diaper), or Daddy (bathroom), or the lion at the zoo (too risky).

There’s a place for everything, and Shawn Harris’s snappy text and stylish, accessible art shine in this universal, hilarious, and perfectly paced picture book about the right place for bathroom business.

Shawn Harris’s first illustrated book, Her Right Foot by Dave Eggers, received seven starred reviews and was an Orbis Pictus Award Honor Book. Harris occasionally moonlights as singer/songwriter of the Matches. He lives in Northern California with his wife and their dog.