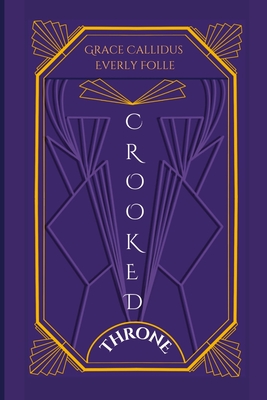 
Not On Our Shelves—Ships in 1-5 Days
(This book cannot be returned.)
"Be careful with your loyalty, girl. Power can be taken away in an instant, and your family's fate is your fate." Lady Aveline Tara has had her whole life set out for her. A normal one in which she spends her days at court as a loyal friend to the prince and her nights with her family. She's destined to become the Duchess of Kaelin, like her ancestors before her, and up until now, that seemed like a perfectly reasonable plan. The arrival of a foreign princess makes Aveline wonder if the life planned out for her is the life she truly wants. But more troubling than this new princess is the unspeakable decision that leads to a kingdom waging war on itself. When Avalia's throne of beauty becomes a crooked throne, a throne of lies and betrayal, Aveline discovers just how far people are willing to go for a crown. Avalia will never again be the same. When a kingdom torn in two threatens to destroy everything Aveline stands for and tests her loyalties, there is no more normal. Dive into the dramatic and enthralling world of the Triethos from authors Everly Folle and Grace Callidus.