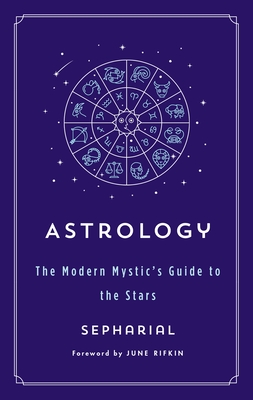 By Sepharial, June Rifkin (Foreword by)

"Astrology is a revelation, an enlightenment, and a conviction." —Sepharial

For millennia the art of astrology has given humans a way to understand the movements of the stars and provided a glimpse into the future in the process. Travel, love, money, career—the details of our futures both big and small are written in the stars and charted by the planets. Astrology gives you the key to reading your own star charts and unlocking the celestial influences that can shape the world around you.

Originally published in 1920, but now fully updated with modern language, Astrology is a classic guide to the art of reading the stars. The book walks readers through the mysteries of astrology, helping them understand the details of their horoscope and exploring a range of topics from health and money to love and success. It’s the perfect guide for anyone looking to unlock the mysteries of the heavens.

Sepharial was a pen name for Walter Gornold, an influential astrologer in the 19th century. Born in 1864 in England, Old was the editor of Old Moore’s Almanac and was one of the founding members of the Theosophical movement in England.

JUNE RIFKIN is the coauthor of several books, including The Complete Book of Astrology, The One World Tarot, and Signature for Success: How Handwriting Can Influence Your Career, Your Relationships, and Your Life. Her published play, Separation Anxiety, is featured in One on One: The Best Women’s Monologues of the 21st Century. June also serves as a freelance editor and literary consultant working closely with experts in the fields of psychology, spiritual arts, health, lifestyle, and popular culture.