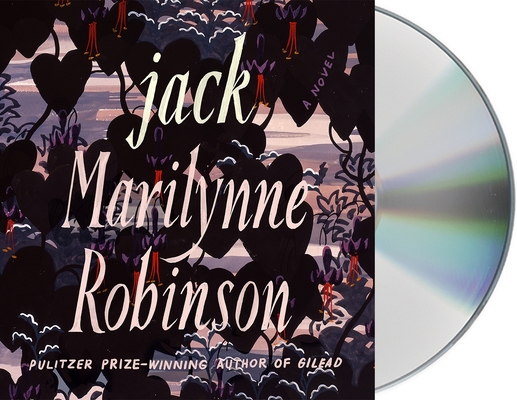 "Robinson’s slow prose is the star here, and narrator Adam Verner gives great depth of emotion to Jack’s raw suffering and ethical dilemmas...Come for the love story; stay for a couple who learn to find the beauty in broken humanity, and what grace can look like for those who love each other." -- Booklist

This program includes a bonus conversation with the author.

Marilynne Robinson, winner of the Pulitzer Prize and the National Humanities Medal, returns to the world of Gilead with Jack, the latest novel in one of the great works of contemporary American fiction

Marilynne Robinson’s mythical world of Gilead, Iowa—the setting of her novels Gilead, Home, and Lila, and now Jack—and its beloved characters have illuminated and interrogated the complexities of American history, the power of our emotions, and the wonders of a sacred world. Jack is Robinson’s fourth novel in this now-classic series. In it, Robinson tells the story of John Ames Boughton, the prodigal son of Gilead’s Presbyterian minister, and his romance with Della Miles, a high school teacher who is also the child of a preacher. Their deeply felt, tormented, star-crossed interracial romance resonates with all the paradoxes of American life, then and now.

Robinson’s Gilead novels, which have won one Pulitzer Prize and two National Book Critics Circle Awards, are a vital contribution to contemporary American literature and a revelation of our national character and humanity.

A Macmillan Audio production from Farrar, Straus and Giroux

Marilynne Robinson is the recipient of a 2012 National Humanities Medal, awarded by President Barack Obama, for "her grace and intelligence in writing." She is the author of Gilead, winner of the 2005 Pulitzer Prize for Fiction and the National Book Critics Circle Award; Home, winner of the Orange Prize and the Los Angeles Times Book Prize; and Lila, winner of the National Book Critics Circle Award. Her first novel, Housekeeping, won the Hemingway Foundation/PEN Award. Robinson's nonfiction books include The Givenness of Things, When I Was a Child I Read Books, Absence of Mind, The Death of Adam, and Mother Country. She lives in Iowa City, Iowa.