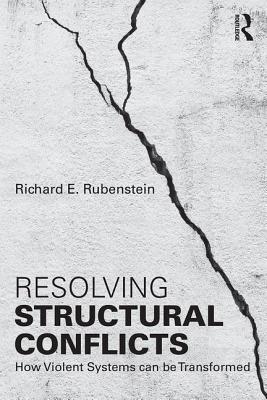 This book analyses how certain types of social systems generate violent conflict and discusses how these systems can be transformed in order to create the conditions for positive peace.

Resolving Structural Conflicts addresses a key issue in the field of conflict studies: what to do about violent conflicts that are not the results of misunderstanding, prejudice, or malice, but the products of a social system that generates violent conflict as part of its normal operations. This question poses enormous challenges to those interested in conflict resolution, since the solution to this problem involves restructuring social, political, and cultural systems rather than just calling in a mediator to help people arrive at an agreement. This study breaks new ground in showing how local conflicts involving crime, police, and prisons; transnational conflicts involving religious terrorism by groups like ISIS; and international conflicts involving Great Power clashes are all produced in large part by elite-driven, exploitative or oppressive social structures. It also presents new ideas about the implications of this 'structural turn' for the practice of conflict resolution, emphasizing the need for conflict resolvers to embrace a new politics and to broaden their methods far beyond traditional forms of facilitation.

Written by a leading scholar, this book will be of much interest to students of conflict resolution, peace studies, war and conflict studies, sociology, political science and international relations in general.

Richard E. Rubenstein is University Professor of Conflict Resolution and Public Affairs at the School for Conflict Analysis and Resolution, George Mason University, and the author of eight books, including most recently Reasons to Kill: Why Americans Choose War (2010).