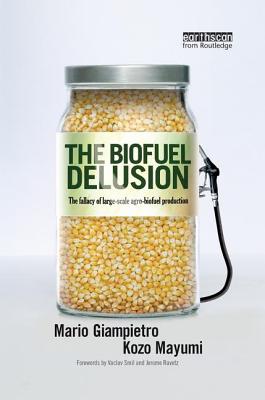 Faced with the twin threats of peak oil and climate change, many governments have turned for an answer to the apparent panacea of biofuels. Yet, increasingly, the progressive implementation of this solution demonstrates that the promise of biofuels as a replacement to fossil fuels is in fact a mirage that, if followed, risks leaving us short of power, short of food and doing as much damage to the climate as ever -- let alone the consequent impact on biodiversity due to additional loss of habitat for agricultural production and on rural development due to the additional stress on traditional farming systems. Worse still, these risks are being ignored.

In this definitive expos Mario Giampietro and Kozo Mayumi present a theoretical framework and exhaustive evidence for the case against large scale biofuel production from agricultural crops. This book will be vital, sobering reading for anyone concerned with energy or agricultural policy, or bioenergy as a complex system.