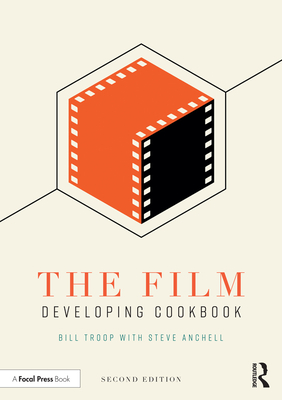 The Film Developing Cookbook, 2nd edition is an up-to-date manual for photographic film development techniques. This book concentrates on films, their characteristics, and the developers each requires for maximum control of the resulting image.

For two decades The Film Developing Cookbook has helped photographers acquire a working knowledge of photographic chemistry--what photo chemicals do and why--for black and white film developing. Now reissued in a revised and fully updated edition, this must-have manual for photographic film development techniques covers films, their characteristics, and the developers each require for maximum control of the resulting image. Readers will learn how to mix and use photographic solutions from scratch, and even how to create new ones. Includes invaluable information about films, developer ingredients, formulas, speed increasing, mixing and storing stock solutions, stop baths, fixers, washing, and chemical safety.

A must-have for analog photography enthusiasts and any photography students using the darkroom. For in-depth discussion and questions on all things film or darkroom join the Darkroom Cookbook Forum, www.darkroomcookbook.com

Bill Troop is the principal author of The Film Developing Cookbook, widely considered to be the standard contemporary work on black and white film processing and chemistry. As a photo chemist, he has designed many products including TF-4, the first commercially available alkaline fixer for black and white film and papers. In technology he was the first writer to champion RAID systems for personal computers, and he has designed several typefaces. Steve Anchell has taught digital and darkroom classes at Oregon State University, and has conducted workshops since 1979 at institutions such as the International Center for Photography, Santa Fe Photographic Workshops, and UCLA. He is the author of The Darkroom Cookbook, The Variable Contrast Printing Manual, and Mirrorless Interchangeable Lens Camera.