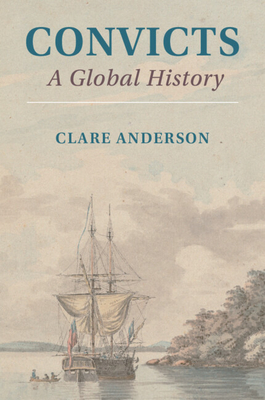 
Not On Our Shelves—Ships in 1-5 Days
Clare Anderson provides a radical new reading of histories of empire and nation, showing that the history of punishment is not connected solely to the emergence of prisons and penitentiaries, but to histories of governance, occupation, and global connections across the world. Exploring punitive mobility to islands, colonies, and remote inland and border regions over a period of five centuries, she proposes a close and enduring connection between punishment, governance, repression, and nation and empire building, and reveals how states, imperial powers, and trading companies used convicts to satisfy various geo-political and social ambitions. Punitive mobility became intertwined with other forms of labour bondage, including enslavement, with convicts a key source of unfree labour that could be used to occupy territories. Far from passive subjects, however, convicts manifested their agency in various forms, including the extension of political ideology and cultural transfer, and vital contributions to contemporary knowledge production.