Banking on Beijing: The Aims and Impacts of China's Overseas Development Program (Paperback) 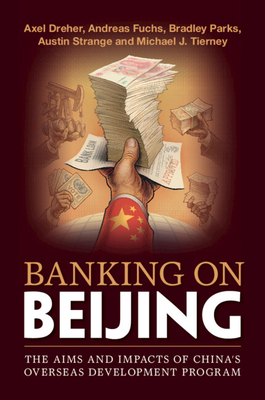 Banking on Beijing: The Aims and Impacts of China's Overseas Development Program (Paperback)


Not On Our Shelves—Ships in 1-5 Days
China is now the lender of first resort for much of the developing world, but Beijing has fueled speculation among policymakers, scholars, and journalists by shrouding its grant-giving and lending activities in secrecy. Introducing a systematic and transparent method of tracking Chinese development projects around the world, this book explains Beijing's motives and analyzes the intended and unintended effects of its overseas investments. Whereas China almost exclusively provided aid during the twentieth century, its twenty-first century transition from 'benefactor' to 'banker' has had far-reaching impacts in low-income and middle-income countries that are not widely understood. Its use of debt rather than aid to bankroll big-ticket infrastructure projects creates new opportunities for developing countries to achieve rapid socio-economic gains, but it has also introduced major risks, such as corruption, political capture, and conflict. This book will be of interest to policymakers, students and scholars of international political economy, Chinese politics and foreign policy, economic development, and international relations.