The Decipherment of Linear B (Canto Classics) (Paperback) 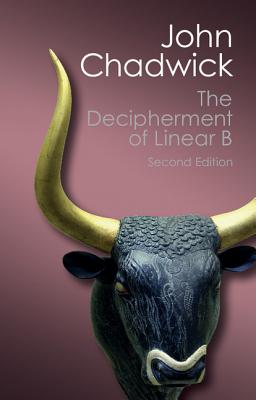 The Decipherment of Linear B (Canto Classics) (Paperback)


Not On Our Shelves—Ships in 1-5 Days
The languages of the ancient world and the mysterious scripts, long undeciphered, in which they were encoded have represented one of the most intriguing problems of classical archaeology in modern times. This celebrated account of the decipherment of Linear B in the 1950s by Michael Ventris was written by his close collaborator in the momentous discovery. In revealing the secrets of Linear B it offers a valuable survey of late Minoan and Mycenaean archaeology, uncovering fascinating details of the religion and economic history of an ancient civilisation.