A History of Modern Indonesia (Paperback) 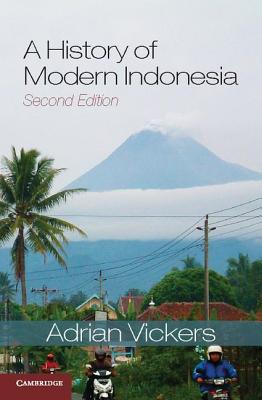 A History of Modern Indonesia (Paperback)


Not On Our Shelves—Ships in 1-5 Days
Since the Bali bombings of 2002 and the rise of political Islam, Indonesia has frequently occupied media headlines. Nevertheless, the history of the fourth largest country on earth remains relatively unknown. Adrian Vickers's book, first published in 2005, traces the history of an island country, comprising some 240 million people, from the colonial period through revolution and independence to the present. Framed around the life story of Pramoedya Ananta Toer, Indonesia's most famous and controversial novelist and playwright, the book journeys through the social and cultural mores of Indonesian society, focusing on the experiences of ordinary people. In this new edition, the author brings the story up to date, revisiting his argument as to why Indonesia has yet to realize its potential as a democratic country. He will also examine the rise of fundamentalist Islam, which has haunted Indonesia since the fall of Suharto.