After the Ancestors: An Anthropologist's Story (Paperback) 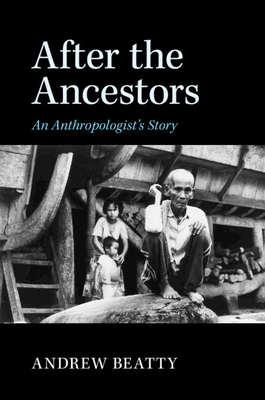 After the Ancestors: An Anthropologist's Story (Paperback)


Special Order—Subject to Availability
Set on an isolated Indonesian island, this is the gripping true story of a fieldworker's experience of living in a tribal society during a period of crisis. Featuring a cast of unforgettable characters, After the Ancestors follows a bitter feud between rivals as it escalates into murder, intrigue and revenge. A vivid account of life within a radically different world, it also portrays a unique culture undergoing the transition from tribalism to modernity. A century of alien rule has left the island, once famous for its warrior ethos, with a hybrid culture. As the possibilities for heroic action recede, men raised to be orators and over-reachers rather than church elders and peasants find themselves occupying a stage too small for their personalities. 'Where can we turn', asks one tribesman, 'we who come after the ancestors?' A revenge tragedy for modern times, After the Ancestors will be enjoyed by anthropologists and general readers alike.