The Red Terror and the Spanish Civil War (Hardcover) 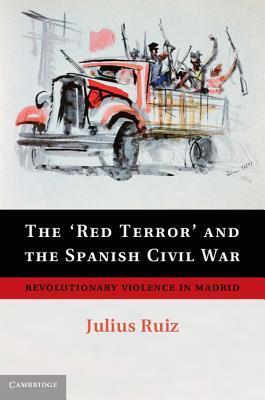 The Red Terror and the Spanish Civil War (Hardcover)


Not On Our Shelves—Ships in 1-5 Days
This book deals with one of most controversial issues of the Spanish Civil War (1936-1939): the "Red Terror." Approximately 50,000 Spaniards were extrajudically executed in Republican Spain following the failure of the military rebellion in July 1936. This mass killing of "fascists" seriously undermined attempts by the legally constituted Republican government to present itself in foreign quarters as fighting a war for democracy. This study, based on a wealth of scholarship and archival sources, challenges the common view that executions were the work of criminal or anarchist "uncontrollables." Its focus is on Madrid, which witnessed at least 8,000 executions in 1936. It shows that the terror was organized and was carried out with the complicity of the police, and argues that terror was seen as integral to the antifascist war effort. Indeed, the elimination of the internal enemy - the "Fifth Column" - was regarded as important as the war on the front line.