Once, in a Town Called Moth (Hardcover) 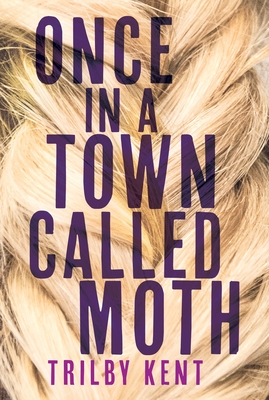 Once, in a Town Called Moth (Hardcover)


Special Order—Subject to Availability
Ana is not your typical teenager. She grew up in a tiny Mennonite colony in Bolivia, and her mother fled the colony when Ana was a young girl. Now Ana and her father have also fled, and Ana doesn't know why. She only knows that something was amiss in their tight-knit community. Arriving in Toronto, Ana has to fend for herself in this alien environment, completely isolated in a big city with no help and no idea where to even begin. But begin she does: she makes a friend, then two. She goes to school and tries to understand the myriad unspoken codes and rules. She is befriended by a teacher. She goes to the library, the mall, parties. And all the while, she searches for the mother who left so long ago, and tries to understand her father -- also a stranger in a strange land, with secrets of his own.
This is a beautifully told story that will resonate with readers who have struggled with being new and unsure in a strange place, even if that place is in a classroom full of people they know. Ana's story is unique but universal; strange but familiar; extraordinary but ordinary: a fish out of water tale that speaks to us all.
TRILBY KENT was born in Toronto, Ontario, but grew up in cities on both sides of the Atlantic. After completing degrees at Oxford University and The London School of Economics, she worked in the rare books department at a prominent auction house before turning to journalism and finally writing with her first book, the critically acclaimed Medina Hill. Her most recent book, Stones for My Father, won the TD Children's Literature Award. After years living in England, she now resides in Toronto with her family. The author lives in Toronto, ON.
“Lyrical writing imbues simple scenes with complex emotional undercurrents .... The motions feel almost casually violent, slyly suggesting untrustworthiness. It's these descriptions that truly develop the novel's mystery-laden tension. Truly outstanding literary moments distinguish this quiet search for identity.” - Starred Review, Kirkus Reviews


“Kent writes with refreshing emotional sophistication .... As literary as it is smart, Kent’s novel reflects life beautifully in its rigorous denial of pat, easy answers.” - Starred Review, Quill and Quire