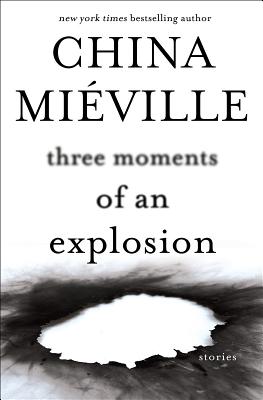 
Special Order—Subject to Availability
NAMED ONE OF THE BEST BOOKS OF THE YEAR BY The Washington Post NPR The Guardian Kirkus Reviews The fiction of multiple award winning author China Mieville is powered by intelligence and imagination. Like George Saunders, Karen Russell, and David Mitchell, he pulls from a variety of genres with equal facility, employing the fantastic not to escape from reality but instead to interrogate it in provocative, unexpected ways.
London awakes one morning to find itself besieged by a sky full of floating icebergs. Destroyed oil rigs, mysteriously reborn, clamber from the sea and onto the land, driven by an obscure purpose. An anatomy student cuts open a cadaver to discover impossibly intricate designs carved into a corpse's bones designs clearly present from birth, bearing mute testimony to . . . what?
Of such concepts and unforgettable images are made the twenty-eight stories in this collection many published here for the first time. By turns speculative, satirical, and heart-wrenching, fresh in form and language, and featuring a cast of damaged yet hopeful seekers who come face-to-face with the deep weirdness of the world and at times the deeper weirdness of themselves Three Moments of an Explosion is a fitting showcase for one of literature's most original voices.
Praise for Three Moments of an Explosion

China Mieville is dazzling. His latest collection of short stories, Three Moments of an Explosion, crowds virtuosity into every sentence. The New York Times

You can t talk about China] Mieville without using the word brilliant. . . . His wit dazzles, his humour is lively, and the pure vitality of his imagination is astonishing. Ursula K. Le Guin, The Guardian

A] gripping collection . . . Mieville expertly mixes science fiction, fantasy and surrealism. . . . Amid the longer stories are more cerebral, poetic flash pieces that will haunt the reader beyond the pages of this exceptional book. The Washington Post

The stories shine . . . with a winking brilliance. The Seattle Times

Mind-bending excursions into the fantastic. NPR
Bradbury meets Borges, with Lovecraft gibbering tumultuously just out of hearing. Kirkus Reviews (starred review)
Three Moments of an Explosion is a book filled with fabulous oddities. Entertainment Weekly
Mieville moves effortlessly among realism, fantasy, and surrealism. . . . His characters, whether ordinary witnesses to extraordinary events or lunatics operating out of inexplicable compulsions, are invariably well drawn and compelling. Publishers Weekly (starred review)
China Mieville is the author of numerous books, including The City & The City, Embassytown, Railsea, and Perdido Street Station. His works have won the World Fantasy Award, the Hugo Award, and the Arthur C. Clarke Award (three times). He lives and works in London."
For This Book...
Staff Pick