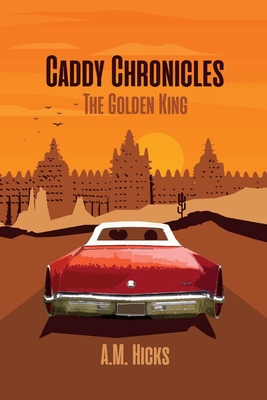 
Special Order—Subject to Availability
"Caddy Chronicles: The Golden King" is a coming age story of two middle schoolers, Gia and Xavier. Both lack the fundamental trait of confidence and their grandfather gifts them with a book of an ancient African King in hopes of inspiring them. The book delivers inspiration to the teens and much...much more.
A.M. Hicks is a self-published author who discovered his passion for storytelling during his consulting career. After the birth of his son, A.M Hicks III, he's made it his mission to architect stories loosely based on pioneers of history whose stories aren't often told. The stories of Mansa Musa, Hannibal, and Kandake are some of the subjects of his projects. Hicks hopes to bring a sense of pride in Ancient African history and inspire the masses to dive into the history of the source.