Kubernetes: Up and Running: Dive Into the Future of Infrastructure (Paperback) 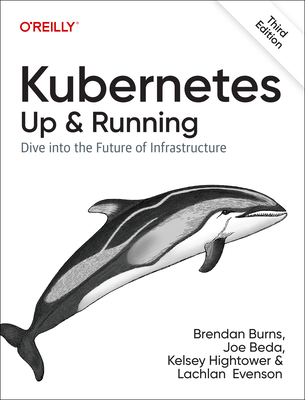 Kubernetes: Up and Running: Dive Into the Future of Infrastructure (Paperback)

In just five years, Kubernetes has radically changed the way developers and ops personnel build, deploy, and maintain applications in the cloud. With this book's updated third edition, you'll learn how this popular container orchestrator can help your company achieve new levels of velocity, agility, reliability, and efficiency--whether you're new to distributed systems or have been deploying cloud native apps for some time.

Brendan Burns, Joe Beda, Kelsey Hightower, and Lachlan Evenson--who have worked on Kubernetes at Google and beyond--explain how this system fits into the life cycle of a distributed application. Software developers, engineers, and architects will learn ways to use tools and APIs to automate scalable distributed systems for online services, machine learning applications, or even a cluster of Raspberry Pi computers.

This guide shows you how to:

Brendan Burns is the cofounder of the Kubernetes open source project. He is also a Distinguished Engineer at Microsoft on the Azure team.Joe is the lead engineer for the Google Compute Engine project. He has been at Google for 8 years and, besides GCE, Joe has worked on Google Talk, Goog-411 and Adwords keyword suggestions. Before Google, Joe was an engineer at Microsoft working on IE and WPF.Kelsey Hightower has worn every hat possible throughout his career in tech and enjoys leadership roles focused on making things happen and shipping software. Kelsey is a strong open source advocate focused on building simple tools that make people smile. When he isn't slinging Go code, you can catch him giving technical workshops covering everything from programming to system administration.Lachie Evenson is a principal program manager on the container compute team at Microsoft Azure. He's helped numerous people onboard to Kubernetes through both hands-on teaching and conference talks.